When Massachusetts House Speaker Robert DeLeo filed an official notice last Friday that he has entered job negotiations with Northeastern University, his alma mater, his action seemed to most to set the stage for the election of Majority Leader Ron Mariano of Quincy to the speaker’s chair that DeLeo has held for 12 of his 30 years in the chamber, a record-long tenure for any House leader in state history.

To most, maybe, but not to Rep. Russell Holmes of Mattapan, who said that if DeLeo steps down in the next few weeks as expected, he intends to challenge Mariano. The past leader of the Black and Latino Legislative Caucus said he made his decision last Thursday night after speaking with House Speaker Pro Tempore Patricia Haddad, who told him she did not intend to run.

“I have been supportive of having a speaker’s race to have a broad conversation about what the building will look like after DeLeo,” Holmes told the State House News Service in an interview Friday morning. “At least we won’t just roll over and hand over the speakership in another backroom deal like they did 12 years ago.”

People close to Mariano, a Quincy Democrat, have said he has the votes to succeed DeLeo in the event of his resignation. Holmes said he believes that might be true, based on calls he has made to colleagues, but intends to run nonetheless. 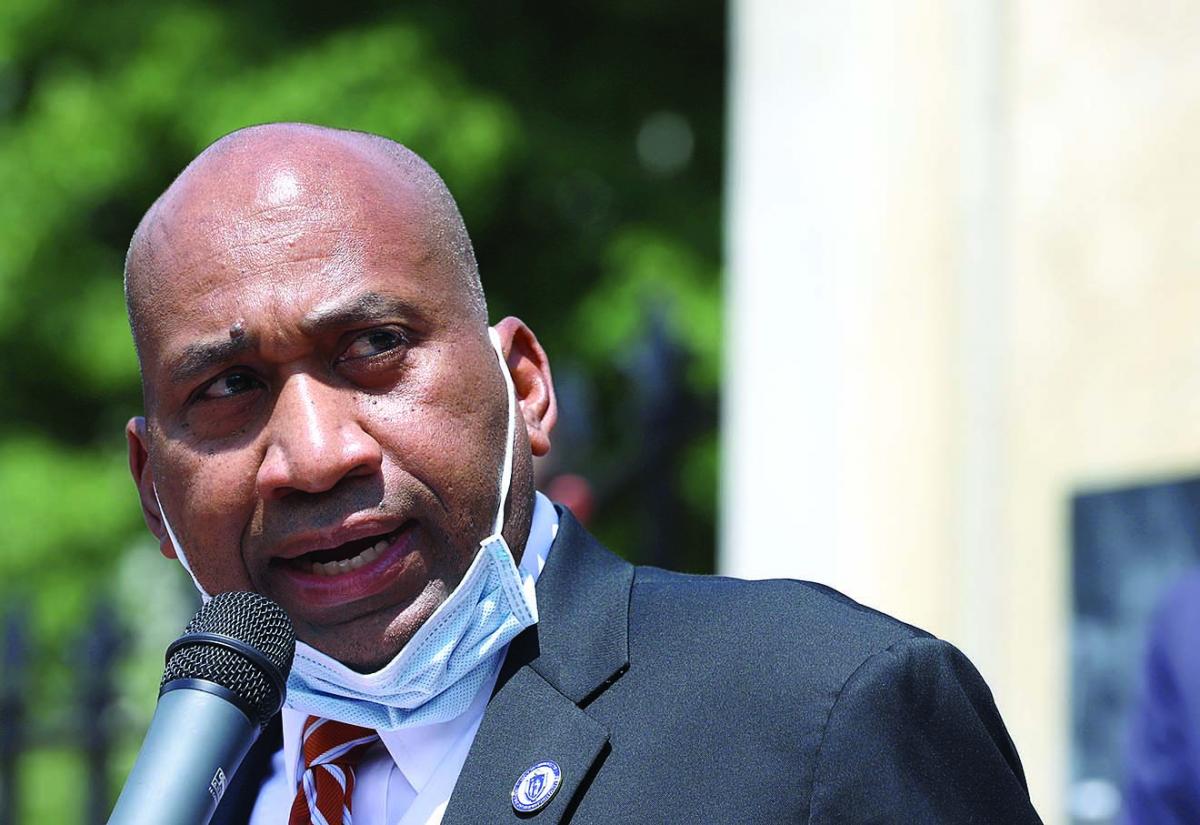 Dorchester Rep. Dan Hunt, who said he’s had good working relationships with DeLeo, Mariano, and Holmes, feels that the majority leader will ascend to the speakership.

DeLeo “has been very good to me, and by doing so, good for the organizations that I’m able to get earmarks for in Dorchester,” said Hunt in an interview with the Reporter. “I’ve had a great relationship with him and if he is going to Northeastern, I know it’s a dream job for him and I’m very happy for him and his family.

“Russell has been a good colleague in my abutting district, but the contrast is that the majority leader has been in and serving for decades. He takes the time to know each and every member, where I think Russell isn’t as well known in the body.  It’s those personal relationships that help you move up and maneuver through the processes.”

Hunt added that Mariano is a “forefront expert on a number of different things,” including healthcare. “He has served on the conference committees on most major pieces of legislation for the last decade. He’s a preeminent expert on healthcare and I think that’s going to be important in counterweighting what is likely to be a major issue next year with the governor. Healthcare is a third of the budget and we’re going to need someone like the majority leader to be at the table,” Hunt added, noting:

“I share a district with him in Quincy, and a major issue for me is the environment and coastal flooding and he’s been at the forefront of that as well, pushing internally for greater measures. He has also been in the room on committee assignments and has pushed for gender and racial diversity.”

When asked about Holmes’s announcement, Rep. Liz Miranda said she was focused on police reform legislation, and had no comment. Rep. Dan Cullinane, who will leave the Legislature early next month, did not respond to requests for comment before the Reporter’s deadline.

Holmes has been critical of DeLeo. He lost a committee vice-chairmanship in 2017 after suggesting that the Black and Latino Caucus, the Women’s Caucus, and the Progressive Caucus should unite to help pick the next speaker in the wake of the resignation of Brian Dempsey, a Haverhill Democrat who had been Ways and Means Committee chairman and considered to be the speaker-in-waiting at the time.

Long an advocate for a more equitable and transparent pay structure and process for assigning offices and other perks, Holmes said that under his leadership, the House would be a place that encourages people to continue their careers outside the State House. “We should bring our careers and life experience to politics. Not have politics be our careers,” he said.

He also said he would respect members who bring different perspectives than his from their districts to policy debates, and not retaliate against those who vote against his legislative priorities.

If Holmes were to somehow pull off a win, he would be the first-ever Black speaker of the House.“We don’t just come here and kowtow to you because you were appointed by some corrupt dude 12 years ago,” he said. “I hear many white people say, ‘I don’t know what structural racism is.’ This is it. This is structural racism.”

Based on calls he made Wednesday night, Holmes conceded that many legislators have already committed to Mariano, who, he said, has spent years lining up votes for the eventuality of DeLeo’s exit. A victory for him “will be difficult, but I believe in the power of prayer,” he said. “You never know how the Lord wants to bless us.”

The House begin a new session early next month, so DeLeo’s decision will either mean a reorganization of the House since the speaker selects the leadership team and committee chairs, or a continuation of the last session. Either way, Holmes said he will keep his name in the running for speaker in January.