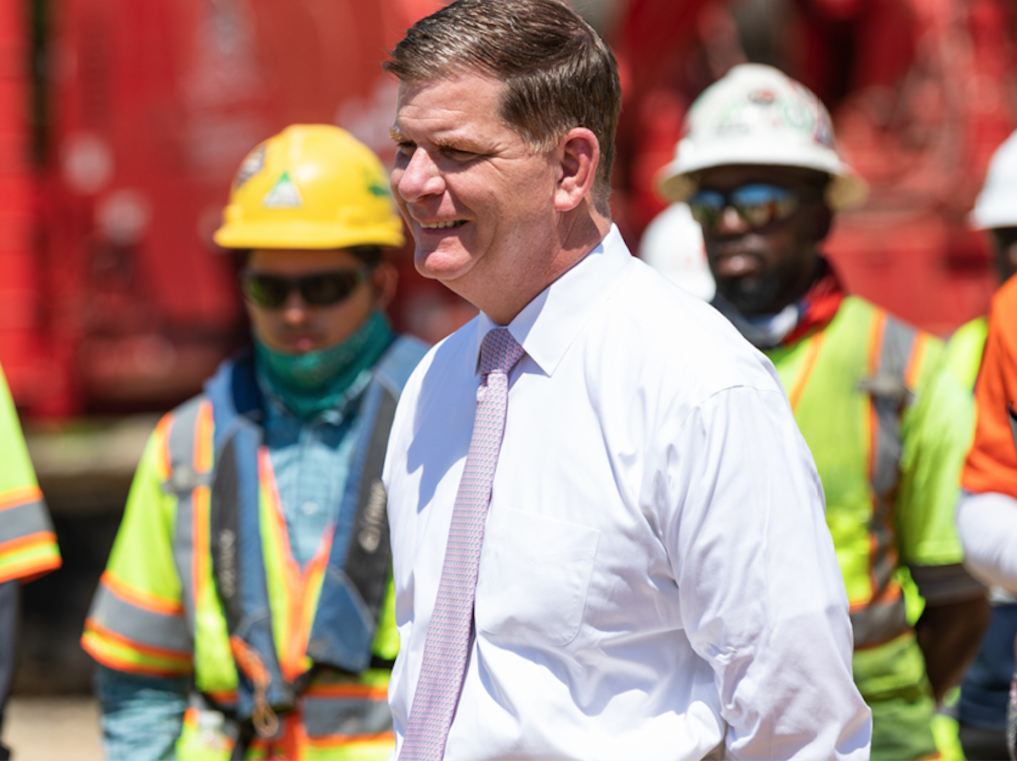 Marty Walsh was supposed to fly across the pond last week to speak at an event marking the centennial of Seanad Éireann, Ireland’s equivalent of the US Senate. It was to be his first official visit to his parent’s homeland as a member of President Biden’s cabinet.

Instead, the trip to Dublin was scrapped with just hours to spare. The Labor Secretary had more pressing matters to attend to in our nation’s capital. In particular: He was needed to head-off an imminent rail workers’ strike that Biden had warned would bring “catastrophic” impacts to the US economy.

After two years of halting negotiations, contract talks between national companies and labor unions “went sideways” in recent weeks, leading to a threatened work stoppage. A strike, the Department of Labor calculated, would have cost $2 billion per day in lost revenue and put nearly a million people — not including the striking workers— out of work.

Biden could not have tapped a better lieutenant to throw into the breech. Walsh invited both sides into his office for a marathon meeting that started at 9 a.m. last Wednesday (Sept. 15). The final deal, pending final approvals from union members in coming weeks, was inked at 5 a.m. the next day. Walsh refused to let any party leave the building for 20 hours. They brought in some baked ziti and passed proposals back and forth for nearly 16 hours until a deal was struck around 3:30 a.m. The remaining time was spent drawing up the paperwork and getting everyone’s signature.

A few hours later, the president had yet another summertime victory for his administration to celebrate in a Rose Garden press conference. He was generous with his praise of the gentleman from Dorchester.

Sure, Walsh’s union boss bona fides are well known to all. And his overall pro-business reputation while mayor of Boston lent him credibility with the companies.

But, to hear Walsh himself tell it, he leaned on another life experience for resolve and guidance when the hours grew long and patience wore thin: That of a civic association leader. And a guy named Joe. But not the one in the Oval Office.

“I thought about Joe Chaisson,” Walsh told the Reporter this week, referring to the late Columbia-Savin Hill Civic Association leader who was in charge for many of the years while Walsh was cutting his teeth as a young activist. Walsh eventually took charge as the group’s civic president around 1995, shortly before he launched his political career. It was a formative experience.

Chaisson could be a hard driving advocate for Dorchester and was constantly tangling with developers, the local yacht club, and— the bane of his existence— billboards, which he considered a blight on the city.

“Joe was very stuck in his ways, I guess you’d say. But we became dear friends,” said Walsh. “But, as civic association president, you have to learn an ability to talk to both sides. Obviously, the stakes now are much bigger, but the fundamentals are the same. You’ve got to get both sides in a room— and keep them there.”

Last week, it worked out. A weary Marty Walsh fielded a call from the other Joe— the commander-in-chief—around 7:30 a.m. “He was just very relieved,” Walsh said. “There was a lot of pressure on him, even with all the gains we’ve made, he knew this would be catastrophic."

He just told me: “I don’t know how you got it done, but thank you.”