Hundreds flocked to Copley Square on Thursday for the seventh annual Donna Summer Disco Party, honoring the Dorchester-born Queen of Disco with their grooviest moves and flashiest ensembles.

The mostly maskless crowd boogied to Summer’s greatest hits remastered by Jam’n 94.5’s DJ Vince 1, and reveled in what some eagerly proclaimed to be an “end to the pandemic.” All attendees were encouraged to follow public health guidelines and get vaccinated.

“If this is the end and we’re vaccinated, let’s get out and be free,” said Cynthia Sellers, a Dorchester native and longtime disco damsel. 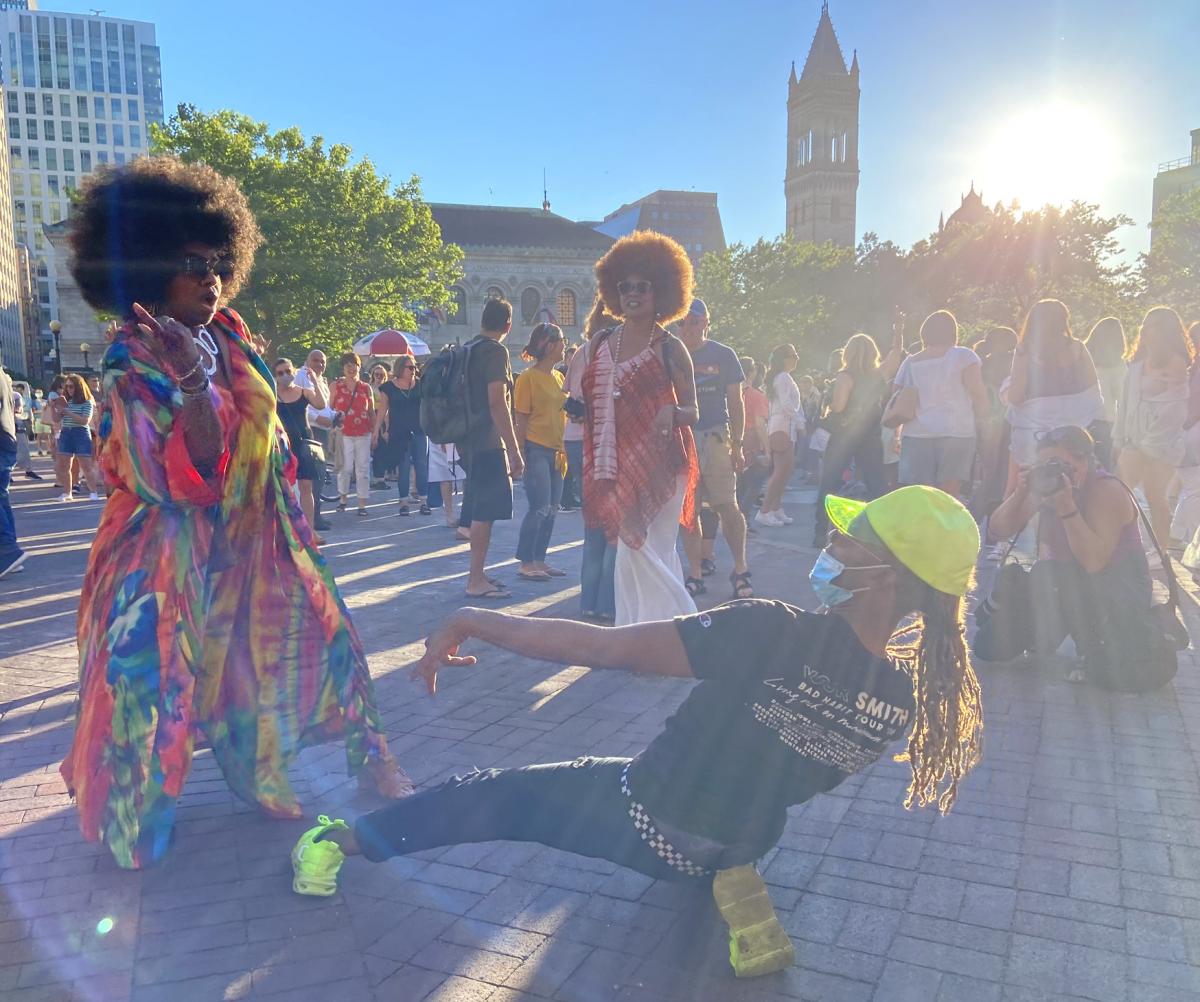 Sellers recalled meeting her idol while still a student at the Jeremiah E. Burke High School, and said: “I was an artist and I was selected to do a painting of [Summer] at the school. I got to meet her and she was wonderful, just so kind, and I just loved her.”

Summer, a Rock and Roll Hall of Fame inductee and five-time Grammy winner, died in 2012 and is still immortalized at the Burke. Students of the Dream Builders Youth Project unveiled the Donna Summer mural in June 2014, honoring the famed starlet and Burke alumnus.

House music, disco’s percussive offspring, cements Donna Summer’s indelible impression on the world of Rock and Roll and her enduring hold on the dance-scape, explained Sellers – a self-ascribed “house-head.”

“Music, especially music with heavy percussion is the fountain of youth. People who dance to this kind of music – whether they’re Native American, of African descent, or belong to any culture that uses drums – those people always have young spirits.”

Space constraints accounted for the absence of the event’s trademark rollerblading arena, but some attendees refused to let inline skating’s cultural comeback go to waste, busting out their best locomotive footwear for the event.

Jacqueline Myers, also a Dorchester native, was not one of them – her “old knees,” she said, are responsible. But the 55-year-old stunned bystanders with her flamboyance and swift moves, pausing for pictures with new fans, adjusting her wig, an afro a la Diana Ross, as she wove through the crowd.

“Disco music is liberating, freeing, and timeless. We’re in our fifties, and we’ve been dancing for a long time – house music is fading out now, but we still find places to go and dance. It’s freedom and liberation,” said Myers.